Airlie Beach to Yeppoon was a long drive of about 500km (100 or 110 km/hr the fastest you can go) with little to see or stop off for between the two towns, so we set of fairly early. We stopped at Lambert’s Lookout in Mackay, and other than trying to find a pie shop, that was the only diversion we made off Bruce Highway! 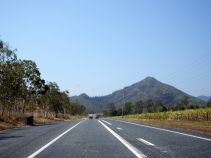 On the way to Yeppoon

On the way to Yeppoon – Mackay 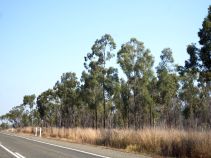 On the way to Yeppoon
Yeppoon was only a stop-off point to spend the night on our way to Hervey Bay, so we didn’t expect too much of the town. It turned out to be quite a large town with plenty of restaurants, coffee shops and bars, and we enjoyed walking round the seafront at sunset. There were quite a few people out in the surf and kids running round and playing around the Keppel Kraken. We started the night off with a drink in the Keppel Bay Sailing club, then tried to get some dinner at The Spinnaker but they were fully booked until past our bedtime! We ended up having some dinner and drinks at The Strand Hotel that was quite good before having an early night in preparation for the next day’s long drive! 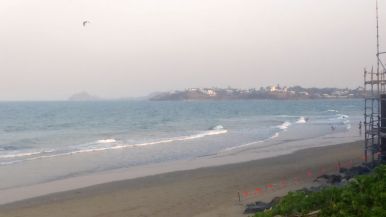